Tortuga, the Cave of Surprises.

This cave starts as a small pool of water in the middle of the jungle. Actually, this cave really starts in a local town where you have to find a special house, knock on the door and ask for “llave por Vaca-Ha y Tortuga” – the key to the gates that guard the jungle road.

The family that owns the caves (both Vaca-Ha and are on the same jungle road) is very rarely home and getting the key in the past proved difficult and some people tried for weeks without success. On our previous trip, we lucked out on the first try, got the key and did both Vaca-Ha and on the same day. I loved both caves but felt that they deserved a day each to enjoy them. Surfacing in the dark and having to drive the jungle road with the dry suits on chased by hungry mosquitoes was, while certainly memorable, not one of my favorite experiences. 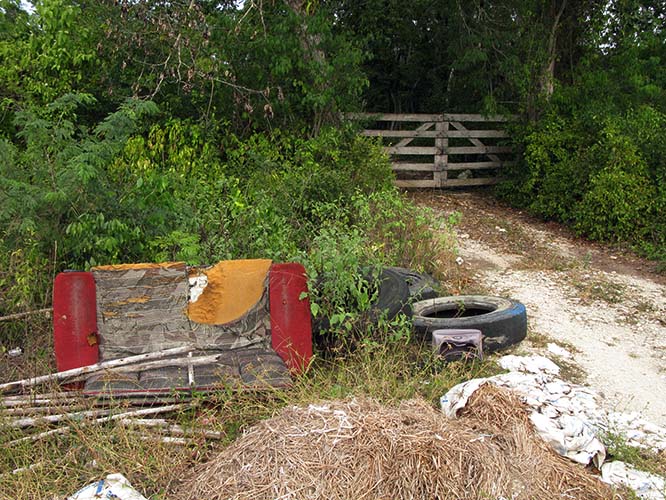 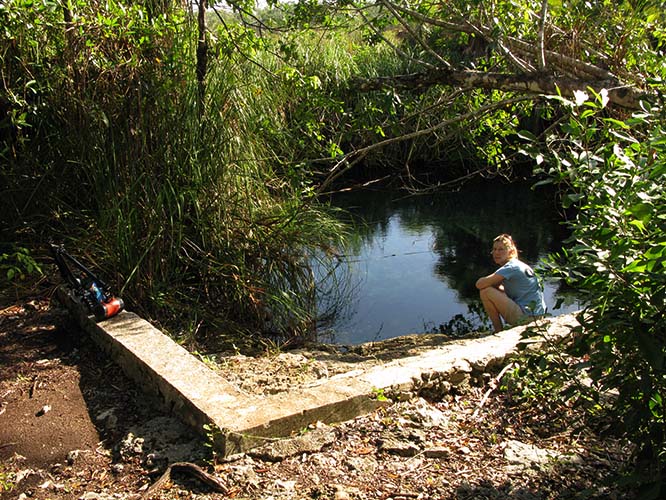 This year, we started with . Actually, we started back in the little town where I knocked on the door expecting nothing and got a live person.  Miracle, we were in business! Even more miraculous was the fact that the “llave” was broken and we would not need it to return to dive Vaca-Ha as we could just leave money under the door in case there was no one home. and set up the gear. Similarly to Vaca-Ha, the entrance of the cave is narrow, but it opens right up.

, the line starts right in the open water. Within a few feet of the entrance in Tortuga, there is a T in the line with the left branch of the T going deeper to the saltwater zone and the right branch staying shallower in the freshwater zone. 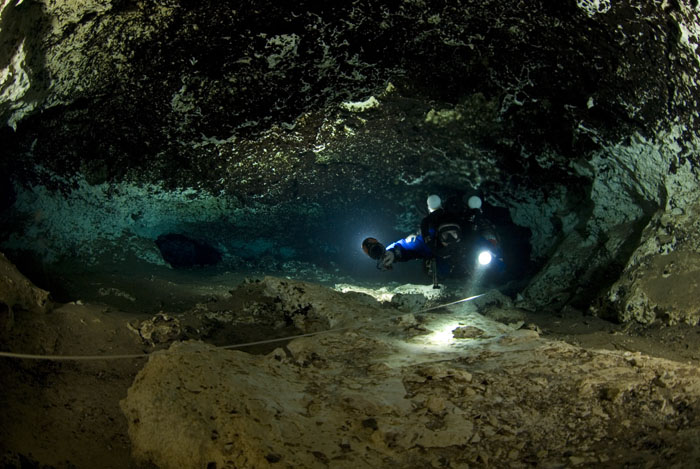 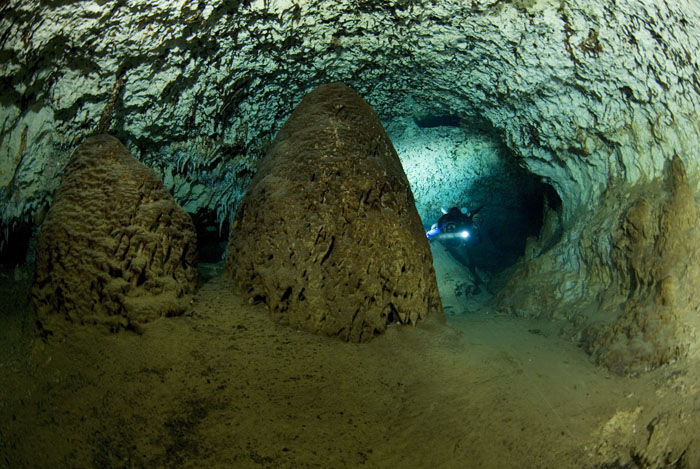 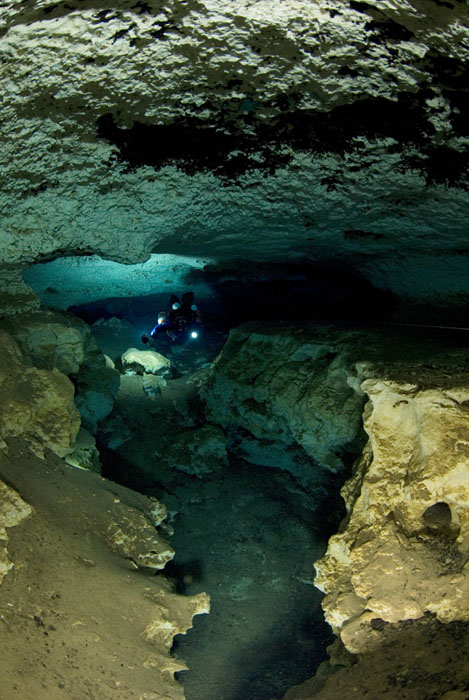 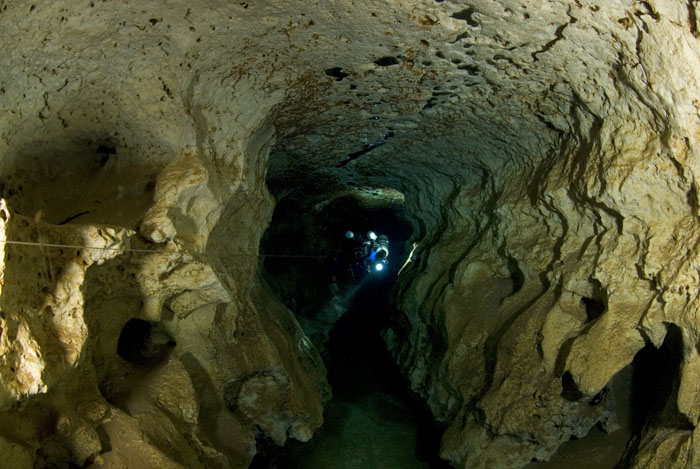 After a bit of swimming, we hit another T that was not on my map. Taking the left branch soon led us to a passage with the restrictions ahead and I realized that on my map that T was a jump. I did not want to go through the restriction, so we turned around and retraced our route back to the second T and went to the right. After a while, we turned back and returned to the original T and the fresh water passage. 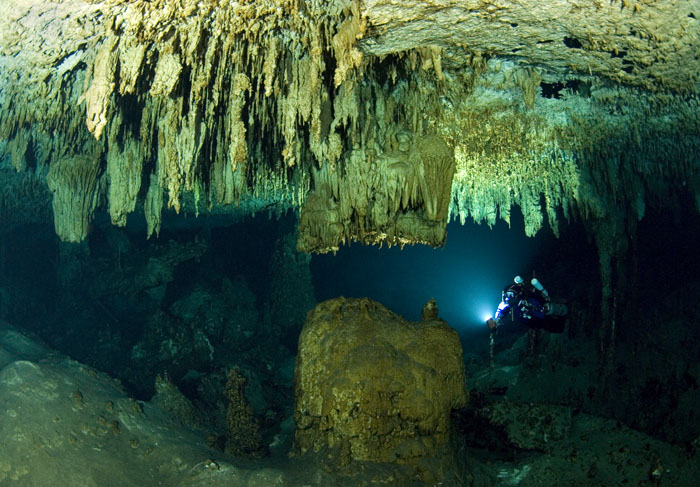 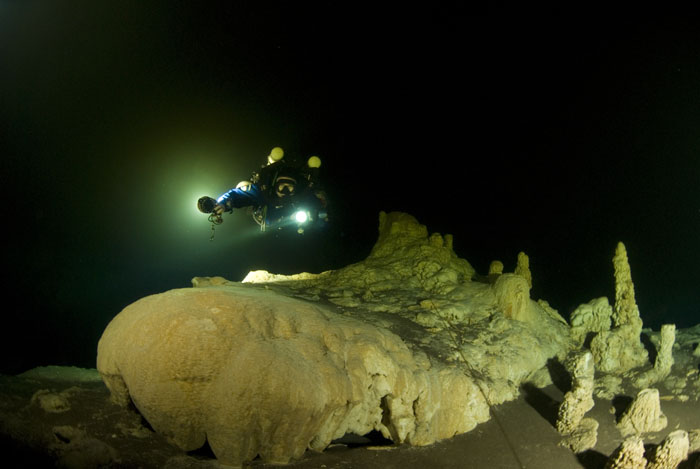 and Vaca-Ha were yellow colored, very unique compared to other caves. It was during the dive at that I realized how the yellow color came about – the upper layer of water was tannic, creating surreal effects for the photography and reducing visibility. 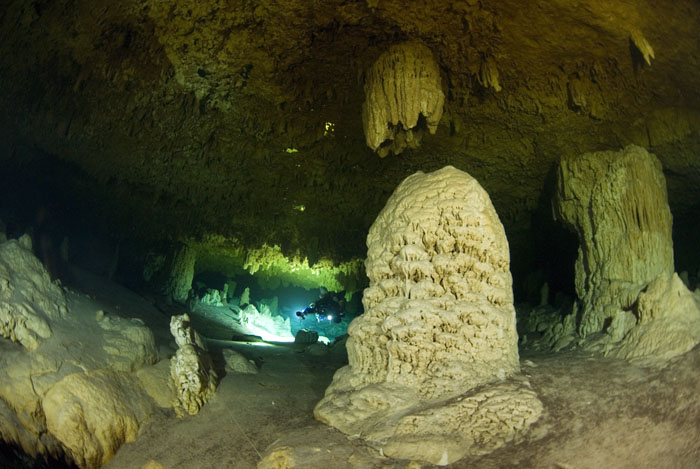 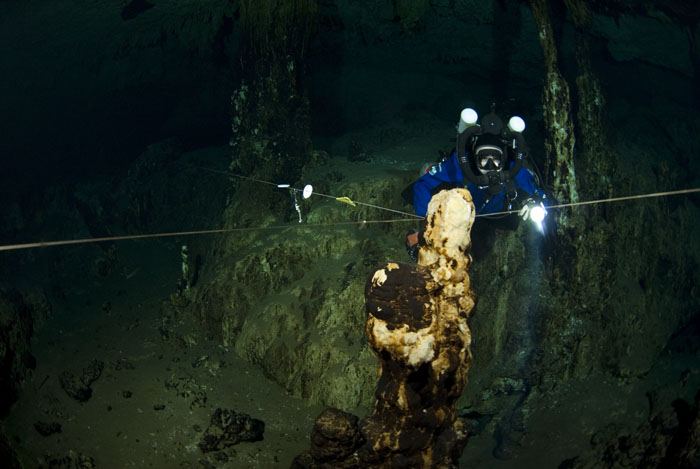 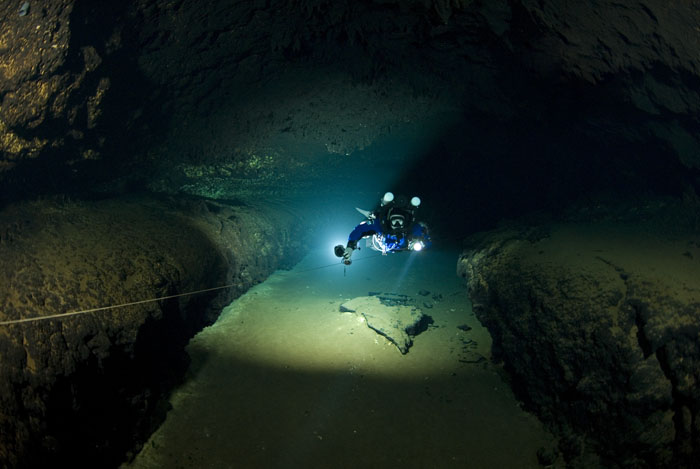 We got back to the T and followed the other branch, encountering some brown colored decorations along the way. That cave was full of surprises. 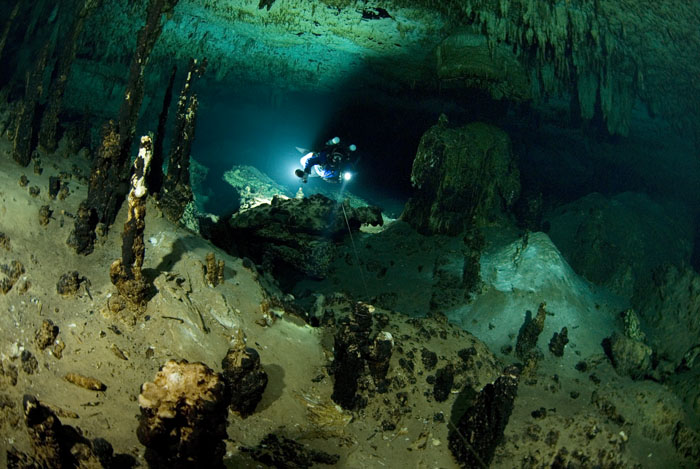 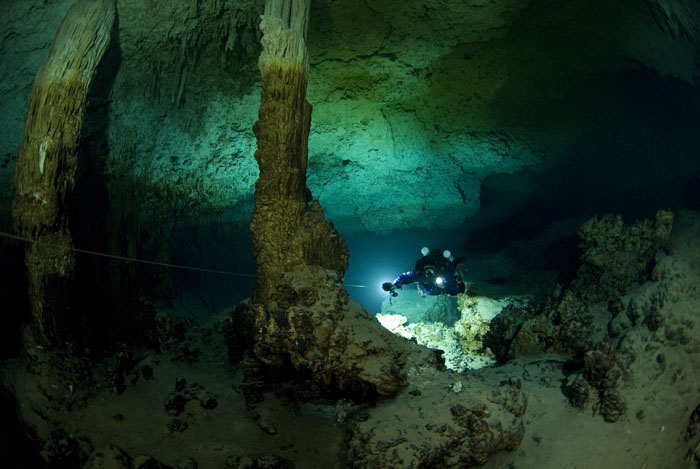 mins but the memories of that dive would last for a while, especially looking at the pictures.